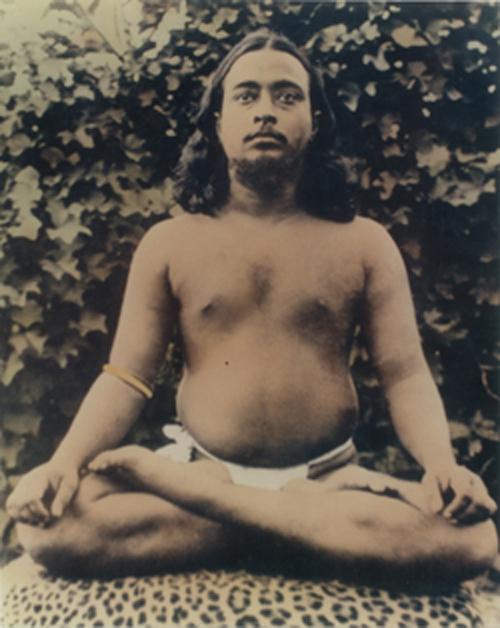 The transmission of Divine energy in the Vedic tradition is linked to a lineage and is called sampradaya in Sanskrit, the ancient language of Vedic India. The term sampradaya originates from the root word sam, meaning the same, equal or connection, and the word daya means compassion. Therefore a lineage is a link of love, the powerful energy that pervades this planet. A sampradaya is a connection, in the purest form to a line of sages or seers that pass on knowledge or teaching from one generation or age to the next. In order for yoga teachings to endure and continue blossoming as they have for millenniums, they must be linked to a stream of energy consciousness through a lineage that can disseminate the power (shakti) of transformation into humanity. This alignment to a lineage is like a sacred river of heaven that can flow through us to overcome all obstacles, to promote our spiritual evolution, provide material abundance, love, peace and create a consistent feeling of inner contentment.

The main teacher-guru of the Dancing Shiva teachings is Paramahansa Yogananda best known for his famous book the “Autobiography Of A Yogi” and additionally for the tremendous impact he has had on endorsing yoga as the surest means to enlightenment and balanced living. His work and life mission are ideally represented through the organization he founded and known in America as the Self Realization Fellowship. In my formative years (early 1990's) I was greatly influenced by Yoganandaji’s integral teachings and I thrived on the power that yoga has to connect me to my inner spirit. I was fortunate to have taken personal counsel from several of his direct disciples, mainly through Brother (Swami) Bhaktananda and several other monastics that I developed strong relationships over the last thirty years. Gradually, year after year I learned the importance of an integral approach to yoga. I was pleased to have discovered the unique approach Yogananda had developed for improving the mind-body relationship and for creating a deep and personal relationship with the Divine. This really fascinated me and so eventually I researched his earlier teachings further in India and discovered his approach embraced the practice of Hatha (postural), bhakti (devotional), and raja (meditative) yoga's in one integrative method. Ironically, during this time of research and study, I unraveled what I feel was the birth of mind-body medicine in the modern era, which I explain in greater detail in my book Sun, Moon, and Earth: The Sacred Relationship of Yoga and Ayurveda. The truth is Yogananda did teach and endorse the practice of asana yoga (postures and pranayama) although in somewhat of an obscure way, especially when compared to today's more fitness-based practices. Yogananda like many of his contemporaries recognized asana, pranayama, and other specialized techniques as powerful tools for developing self-discipline (tapas) but more specifically with the intention of transcending the senses if practiced correctly, consistently, and with the right attitude. I participated in sharing some of these points in the celebrated film Awake: The Life Of Yogananda (2014) by CounterPoint Films. 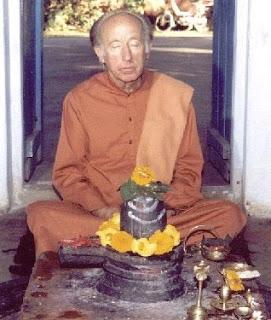 Meditation as the highest practice of yoga attunes the rajarishis or subtle astral intuitive and discriminative powers that can get dulled and become unreceptive if asana is practiced alone or fragmented from meditation. This is precisely what humanity has experienced in the very recent dark ages (kali yuga ending in AD 1700), mans consciousness has become limited to the mundane material world.

Eventually, after many years of practice, I began to experience the grand potential of yoga and the many tools of the body, breath, and mind as a complete approach to personal transformation and a balanced lifestyle. Dancing Shiva’s lineage follows a specialized mixed form of asana that embraces the entire hatha yoga system. Along with pranayama, asana becomes a powerful way to ignite the sacred fire (kundalini) within, so the mind can then expand the prana (life-force energy) into greater awareness, compassion, and love. Yogananda embraced a similar approach, and so did other great gurus like Sri Swami Sivananda (Divine Life Society) but alternatively, they also warned of the perils of placing too much attention on the body.

As founder and director of Dancing Shiva, I have instilled a yoga methodology in our programs that disseminate from the broader Vedantic teachings. Such an approach leads the practitioner into the practice of meditation and the lifestyle that it rests upon, like the lotus flower that opens to the sun while floating in the pond. When the sun of integral sadhana (practice) shines upon the lotus of the mind, the petals of higher consciousness open but only with the support of the water or lifestyle that sustains it.

I give much credit to Yogananda for re-birthing the modern connection yoga and Ayurveda share; a cornerstone he laid almost a century ago in that proper education must teach humanity “how to live!” This is the hallmark of the science of Ayurveda. I also want to acknowledge the many direct disciples of Sri Swami Sivananda and most particularly Sri Swami Jyotirmayanandaji whom I have studied closely with for over a decade and for his propagation of an integral yoga in the purest form. Swami Jyotirmayananda is the last living disciple of Sri Sivananda and is an enlightened gem of India's spiritual ideals. In the last days of 2017, during an unexpected meeting with Swamiji, I was given initiation (see image below) into my Sanskrit spiritual name, Maheshananda, meaning bliss-happiness through the grace of Shiva.  Both yoga and Ayurveda can be considered the highest dharmas (principles) when combined together produce a complete system for healing the body and promoting longevity (ayus) and for unifying the mind (yog) with all of existence. 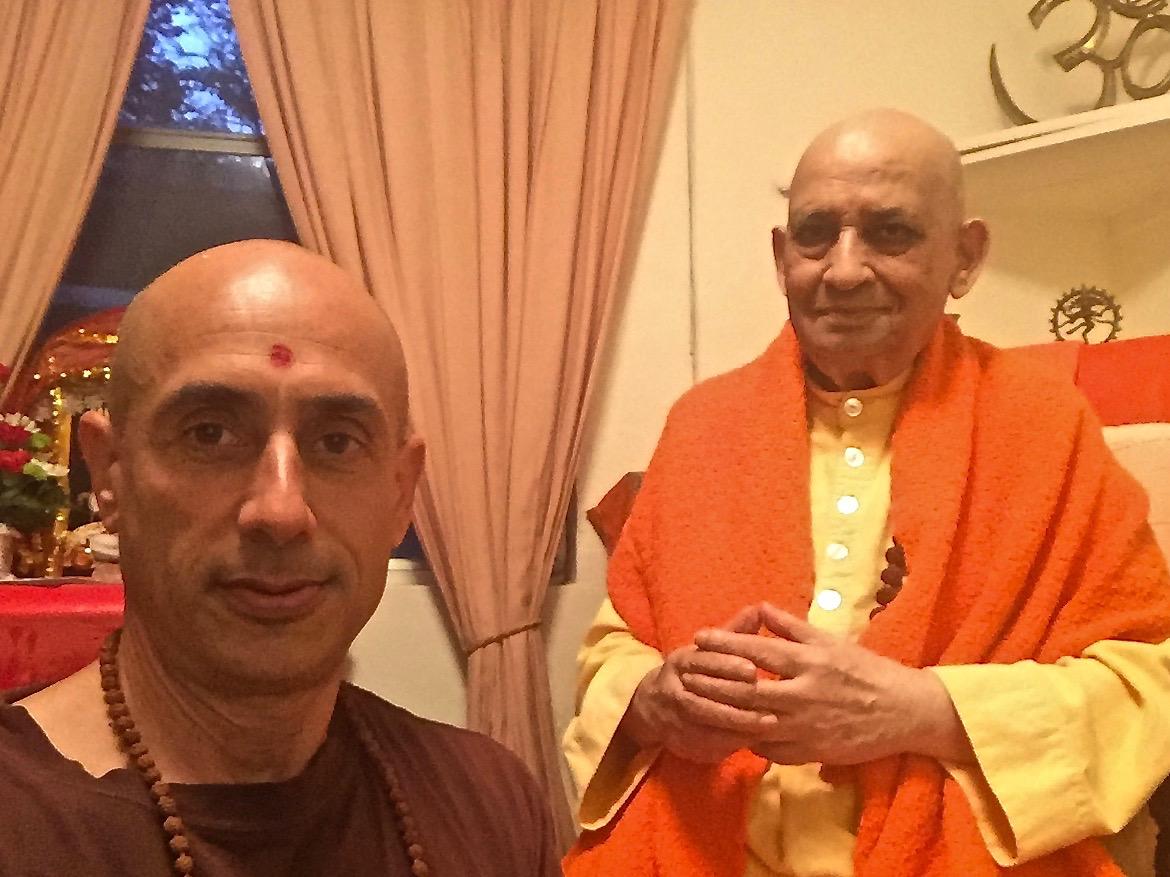 Additionally, I would like to credit a number of individuals and lineages for their support and teachings that have greatly influenced my life and work as well as the mission of Dancing Shiva. Pandit David Frawley (Vamadeva Shastri) for his teachings and vision for presenting the broader Vedic tradition with wisdom, grace, and respect and for his personal support and encouragement over many years. Prof, Subhash Ranade and Dr. Avinash Lele for their wisdom and instruction in Ayurveda in my formative years and Dr. Srikrishna Phadke for demonstrating that renegades can exist in Ayurveda. Thomas Ashley Farrand (Namadeva) for his devotion to Sanskrit mantra and the puja ceremony. The Ramakrishna Order and Vedanta Society for their colossal support in ushering the yoga tradition into the dwapara yuga (bronze age), Swami Rama Tirtha for his spiritual boldness, courage, and practical message of Vedanta and Ramana Maharshi's simple but yet profound teaching on practicing Advaita (non-duality). May we all embrace the three gems of the Vedic tradition, sadhana (practice), sangha (spiritual community), and Seva (selfless service) and then we will all join the revolution for spiritual evolution and bring greater happiness to all mankind. 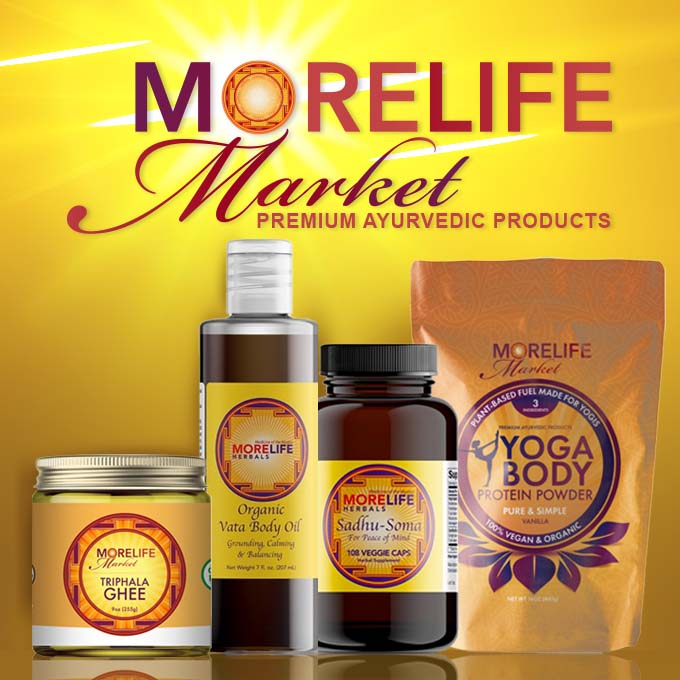 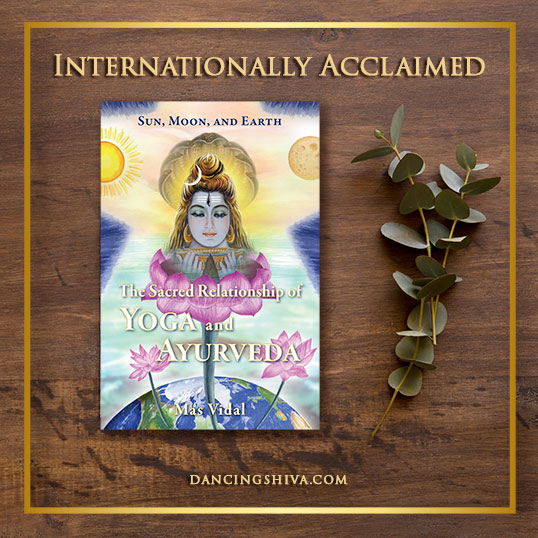 Available in over 12 countries and it won an award in India.